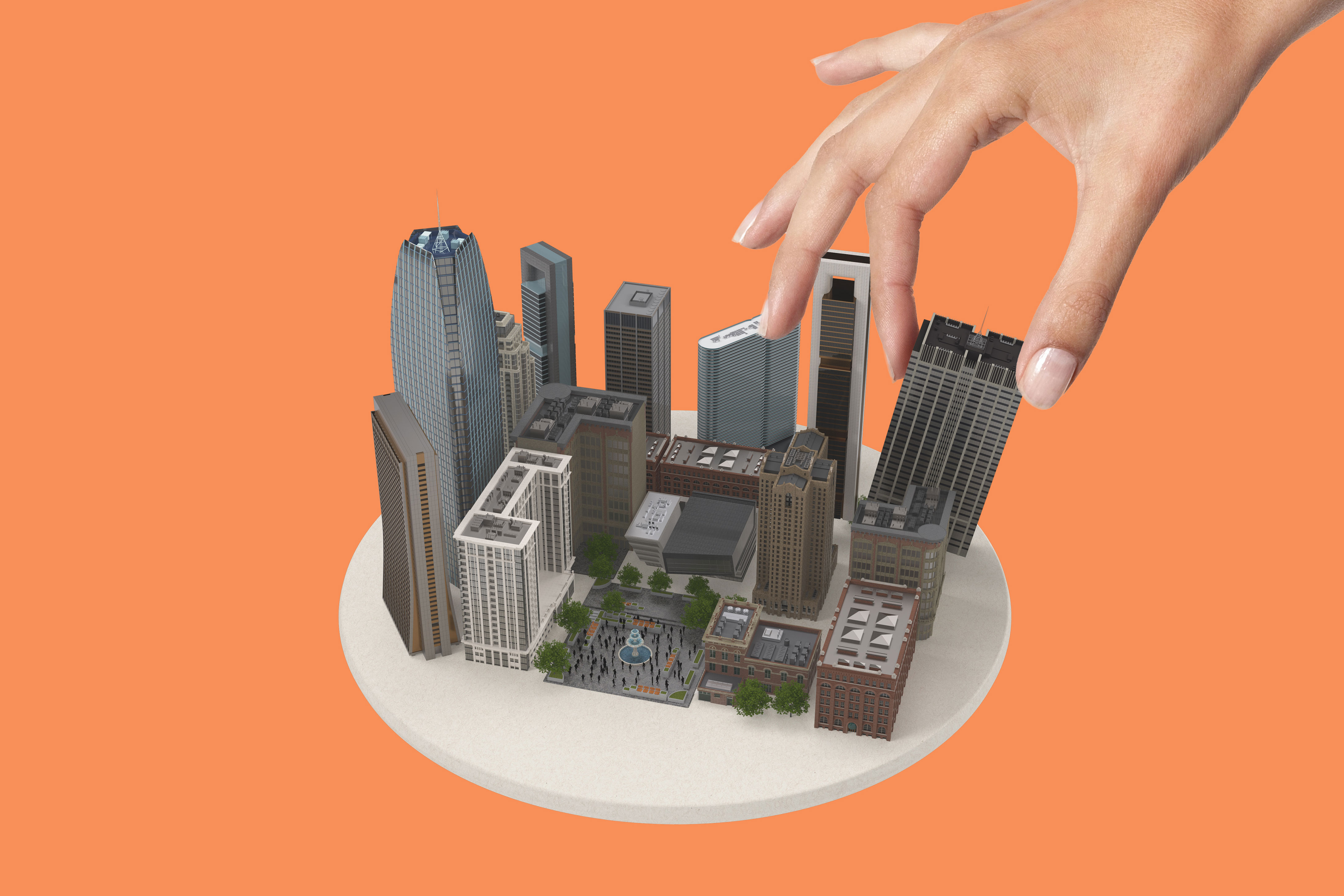 The Invisible Opera is a contemporary performance work for public space.

Set in a bustling square of a city centre, the work invites a solo observer to witness what we see and do not see in our public environment.

It follows a live libretto voiced by a security camera, describing each of the actions, objects and behaviours happening in a city square in real-time – from the people, buildings and bodies, to the unseen forces of private interest, real estate, surveillance and city planning that appear to choreograph the space into a kind of manufactured spectacle.

Unfolding as a hypnotic observation of the ambient patterns of everyday life, The Invisible Opera gradually leads us to see the city – and our role within it – in a completely new light.

Created by Australian multidisciplinary performer Sophia Brous with celebrated performance-makers Lara Thoms, Samara Hersch and Bessie-Award winning US choreographer Faye Driscoll, the work utilises immersive sound design, electroacoustic orchestration and live vocal performance beamed in from Australia through a network of CCTV cameras and hidden microphones that map each movement of the square in real-time.

The Invisible Opera was created through the support of the Brooklyn Academy of Music (BAM), Arts Centre Melbourne and the Australia Council of the Arts